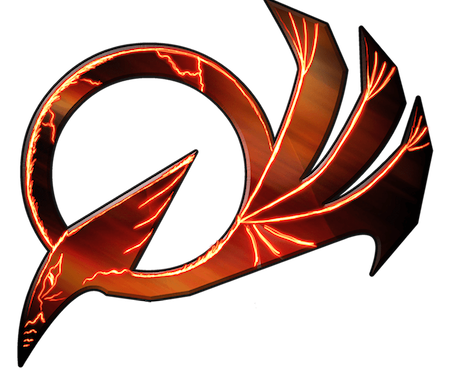 C.D.U.L.O.: Team Ashura
Back to The Game

Warfare Field Operations Commander (WFOC) Zinjin – Strong, fearless, cunning, and pure of heart, he was recruited by Admiral J. Lyons and joined the C.D.U.L.O (COBRA) in their war against the Shi’aki during their first invasion. There, he proved to be a valuable asset on any interplanetary battlefield. Highly intelligent and tactical, Zinjin`s mutant ability to recover from most serious injuries and his aggressive fighting skills give him the ability to hold his own against most alien threats. Within the team, only Dozer and Black wolf can match him in strength.

Sexy, sultry, and deadly are the words to describe this beautiful killer. Once an elite member of the Cobra`s “Gungnir” Spec Ops Team, Meg is well known for her patience, persistence, and coolness-under-fire. Once a target has been marked by her, it`s pretty much game over.

An expert of “one-shot-one-kill” with practically any firearm, Meg can snipe just about anyone from any distance with anything.

Her armor also includes standard Gugnir issue air-compression jump boots and shoulder jets that allow for her to boost/fly short distances in order to quickly change locations after a shot. The suit also includes a mirage projector which helps her visually hide from enemies when in the field.

The architect, technician, communications, and weapons officer of Team Ashura. Known for his quick wit and sense of humor even in the most perilous situations, Corey is actually the only member of the team to have previously served with Zinjin.  The two have been best friends since their days at Cobra Military Cadet Training and have served multiple tours on various interplanetary battlefields together.
While perfectly capable of handling himself in hand-to-hand combat, Corey prefers to light enemies up from behind the lines while providing cover support and defensive barriers to the team via the use of his Atmospheric Entry Armory Vault (A.E.A.V.)s which he can instantly call down from their ship, the “Shadow Raven” in order to provide offensive or defensive support for the team in virtually any hostile alien environment.
Secret Note:
His callsign on “The Matrix” is actually a reference to an old 1990`s sci-fi movie. This film has special significance to him due to the fact that his father left him a vintage copy of the old DVD as a graduation present from the CDULO Academy.

The mechanical engineer of Team Ashura.

Due to being stranded with the rest of his team on a particularly harsh planetary environment for over 2 years with no supplies and support due to a blocked supply chain, Franklin`s eyes and internal organs suffered significant damage from the pollution, which caused a massive amount of casualties to his team during their campaign.

To compensate, Franklin found a way to upgrade himself and his teammates using alien technology in order to survive. The results of this are his cybernetic eyes, which allow him to view multiple spectral modes, as well as enhanced internal organs including a strong lung capacity, which temporarily allows for him to survive the vacuum of space for a few seconds.

An expert with anything that goes “boom”, Spallenni prefers to rely on his trusty dual MacTek handguns, carries elemental ammo and plasma bombs which he constructed with the help of Ensign Randy`s magical abilities.

Needless to say, these things pack a serious punch, although the results of some of his newer “experiments” often meet with… unpredictable results.

Although she wasn`t originally a ranked officer due to her young age, Zinjin gave her the rank of Ensign due to her indispensable role on the battlefield.

After being found and rescued by Zinjin and Corey during one of their missions, Randy stubbornly stowed away on their ship and has proven to be an essential asset to them ever since. Her telepathic abilities as a “seeker” have come in handy to pull the team out of sticky situations on more than one occasion.

Cool-headed and nurturing, with a hint of childish naivete by nature, Randy is exceptionally skilled at using powerful elemental black magic spells, which is only increased by the cybernetic implants she received in her spine, legs, and arms that allow her for her relatively small and fragile physical frame to contain her exponentially growing power!

Corey gave her the nickname “Randy” because he thought that her real name was just too damn long!

He also gave her the last name of “Fortuna” because she originates from the “House of Laal” (which means “Fortune” in her native tongue) and the fact that she is literally a life-saver on the battlefield when delivering punishing magic attacks to her enemies OR using healing magic on the rest of the team.

Our resident “Honey Badger in space” Dozer is just as fierce as his name and physical appearance imply. This guy is not to be trifled with and is very protective of his teammates, especially Randy, who he first met on Zinjin`s ship.

Dozer grew up as one of the royal guards of his race. Raised as a Holy Warrior, he is what would be considered to be a Paladian in earth speak.

Trained to observe, take action and defend the weak from oncoming threats, Dozer has stayed true to his duty by joining the ranks of COBRA as an ambassador of his race in the fight against the Shi`aki empire after they invaded his home planet. He was assigned to Meg`s team specifically for the purpose of containing Black Wolf`s takeovers should they re-occur after a certain instance.

In addition to his raw combat ability and physical strength which greatly outclasses Zinjin`s and the rest of the team`s. Dozer actually possesses holy magic which is highly effective against dark energy, dark magic, and shadow attacks. This is what allows him to “tank” a lot of attacks by projecting a dense protective barrier around himself and others.

Because of this ability, his powers are a natural deterrent to Black Wolf`s Shadow based powers. He can subdue Black Wolf using “Holy Bind” and by biting Black Wolf`s shadow to siphon off or “purify” the darkness inside of him.

Despite standing over 7-feet tall, Dozer is actually considered quite small for his race as he is basically the equivalent of a 9-year-old child by their standards.

Dozer and Randy have a very special relationship. Despite her petite frame and his hulking form, because of the past (tragic) history between their planets as well as their unique bond, the two are virtually inseparable and make a perfect battle combination with him being the tank and her being the spell caster.

Cheveyo ( “Black Wolf” ) Kajika – The Navigator & Infiltrator of Team Ashura.
Aside from being an expert tracker who is a specialist in espionage, Black Wolf is actually the last remaining Gate Keeper to the Shadow Realm, an inter-dimensional portal that holds the deceased souls of those who are seeking to return to the living realm. Black Wolf`s tribe was one of 6 guardian tribes that were dedicated to maintaining the balance between the living and the dead.
Because of this, his ancestors also have a very ancient historical knowledge of the “Kuragami” demons who once wandered the earth as his race was one of the few who could actually sense and stand against them by absorbing their darkness and using the demon`s power to their advantage.
Black Wolf is a shadow walker, which means that he can physically merge himself into any shadow or reshape them to his will. He can use this “Shadow Melt”,  to form bladed weapons, create projectiles, or allow a partial-to-full takeover of his body by a demonic form that resembles a hulking black wolf with red eyes that gives him immense physical power.
His connection to the shadow realm also makes him an excellent navigator because he always knows where he is going due to the internal compass that lets him find his way to anywhere in the galaxy.

Leave a reply Click here to cancel the reply